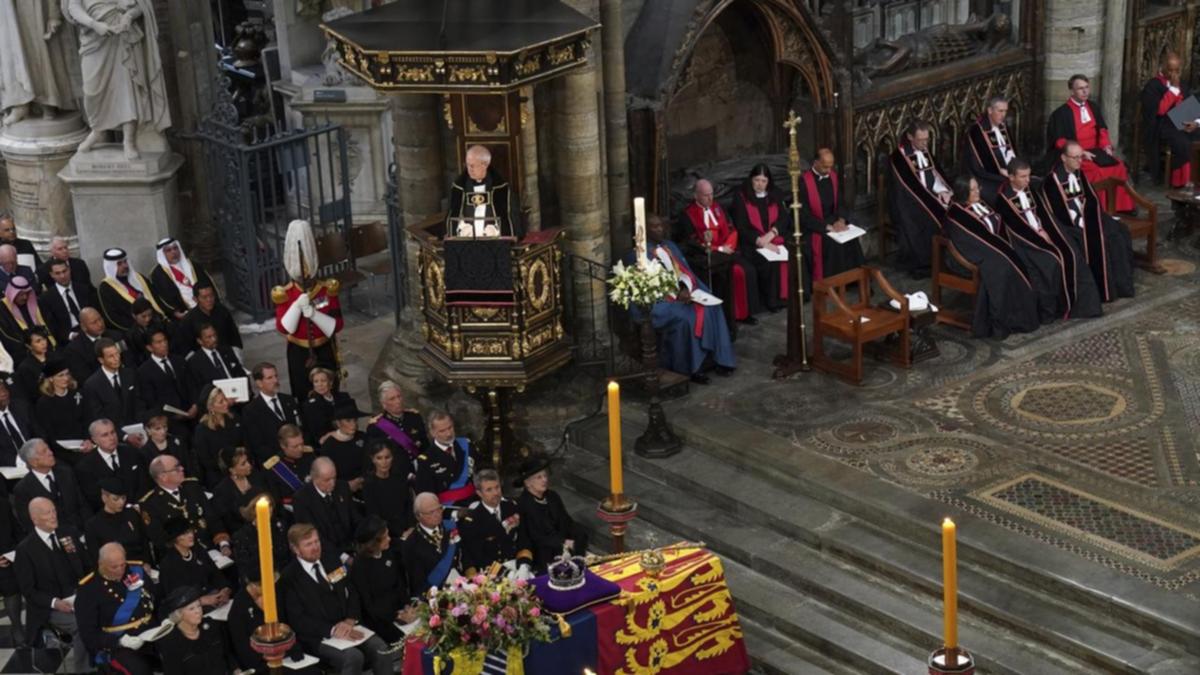 Archbishop of Canterbury Justin Welby has contrasted the outpouring of emotion for the Queen with how leaders who “cling to energy and privileges” shall be regarded.

In an tackle to a congregation full of world statesmen, present British politicians and former prime ministers, the archbishop stated “leaders of loving service” can be remembered when others are “lengthy forgotten”.

The archbishop has had an sometimes frosty relationship with occupants of No 10, notably Boris Johnson, who was one of many former prime ministers in Westminster Abbey for the Queen’s state funeral.

“However in all circumstances those that serve shall be cherished and remembered when those that cling to energy and privileges are lengthy forgotten.”

Welby clashed with Johnson on points such because the coverage of sending asylum seekers on a one-way journey to Rwanda and his concern concerning the collapse in requirements in public life, illustrated by the partygate scandal.

However the archbishop, who has been in place since 2013, additionally had an sometimes strained relationship with Theresa Might throughout her tenure in Downing Avenue, on topics corresponding to inequality and welfare reform.

He additionally criticised David Cameron’s authorities on topics together with the advantages system and austerity measures.