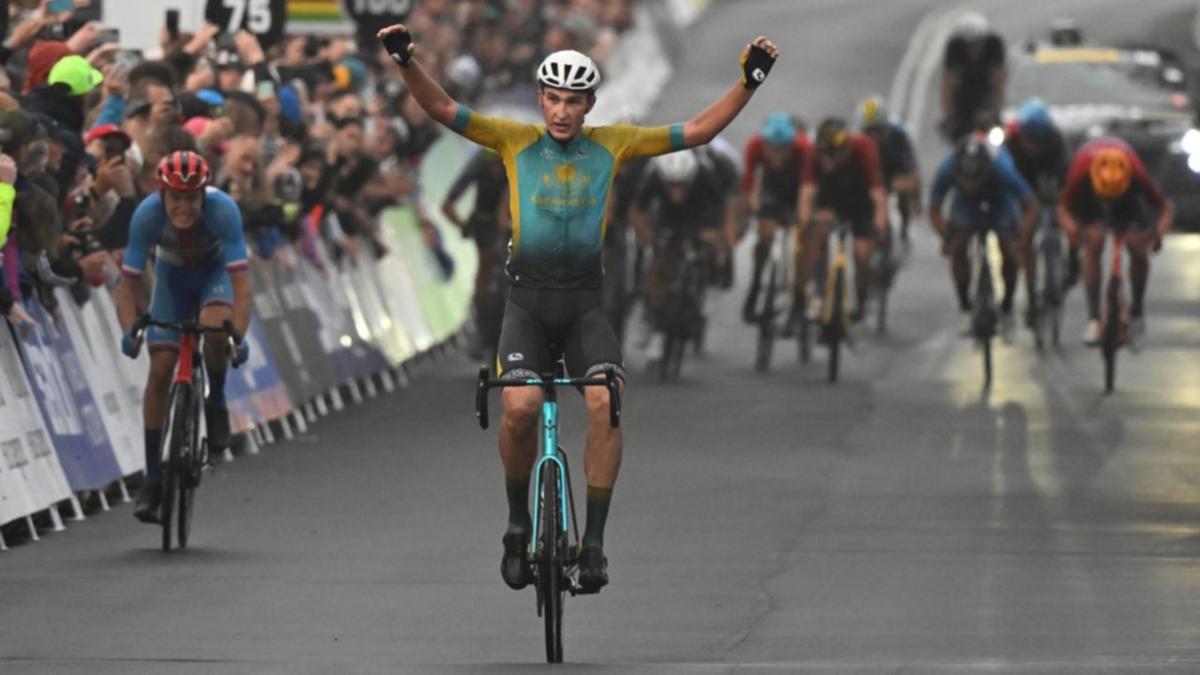 Kazakhstan bike owner Yevgeniy Fedorov has sprinted clear on the end to win the under-23 race on the world street biking championships.

Fedorov and Czech rider Mathias Vacek have been being chased down by the diminished peloton on the finish of Friday’s 169.8km race in Wollongong.

However they managed to remain clear and Fedorov outsprinted Vacek to take the largest win of his profession.

Norwegian Soren Waerenskjold, who gained the under-23 time trial earlier this week, gained the bunch dash for third, simply three seconds behind Fedorov.

Matthew Dinham was the one Australian within the diminished 15-man peloton and he completed seventh.

No different Australians completed the under-23 race.

The underneath 23s and the 135.6km males’s junior race earlier on Friday have been held in moist, chilly situations.

Vlad van Mechelen from Belgium gained the dash for the bronze medal.

Oscar Chamberlain at 19th was the highest Australian finisher.

Hamish McKenzie, the time trial silver medallist, was 37th after he was caught in an early crash that additionally took out the person who beat him on Tuesday, Nice Britain’s Josh Tarling.

Williams Eaves was the opposite Australian finisher in 47th.